Freewaregenius.com
Home News Vote: how do you like the (newest) site redesign?

This blog has had five different themes in the span of twelve months, so please let us know what you think about the latest site design.

It’s been largely a process of trial and error, but it was also a collaborative one with readers and I am extremely grateful for all the good feedback you gave me (especially in this post but also in this one), which was invaluable for me in implementing this design).

I ended up keeping the multiple column display, but changing it to overcome a lot of the negative user experience  issues that plagued the old design. I also kept the thumbnail-rich visually oriented display which I briefly considered removing. Thanks. The results are conclusive, with 77% either loving or liking the new site design, and only 8% feeling negatively about it.

(2) Re-introduced a slider in the main page

Thanks. The majority are neutral (43%), but it is interesting that the total sum of those who like or love Disqus (37%) is higher than those who expressed a negative attitude towards it (18%).

(6) Will be introducing a ‘user submitted posts’ section soon

I will confess that I feel good about the current theme, and hopefully I can now focus my attention back on writing good articles. As always, your comments are welcome. 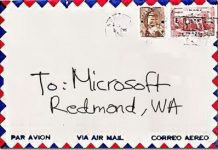