I have been looking into the question of which free antivirus is the best for almost 10 years now, and the only way to answer is by looking at comparative tests with hard data, keeping in mind that the programs themselves are constantly changing and being updated, and that the picture that emerged from last year’s tests, say, may have changed with the more up-to-date round of tests, etc.

We will turn to “av-comparatives.org” for our data, since they regularly run what are arguably the web’s best and most comprehensive antivirus tests. As I write this in Jan 2016 I will use the latest versions of their tests, conducted within the last 6 months of this writing.

The contenders: a scan of several of the tests they conducted reveals a clear picture of who the ‘real’ players are. For free antivirus programs, the top three are Avira, AVG, and Avast. (Note: I debated whether to include Panda free antivirus, which seems like it wants to be a contender, but decided to skip it as it is clearly ‘not there yet’). In order to provide a frame of reference, I will also include the test results of the top three paid antivirus programs, which can also be identified with a cursory inspection of the results: Kaspersky, BitDefender, and Eset. I will also copy the practice from av-comparatives, of considering Microsoft Security Essentials as a control, the idea being that since it is now provided pre-intalled with on many Windows PC’s, you would need to install another antivirus program in it’s place only if it is the case that this new program provides significant additional protection.

The question I am looking answer:  simply, what is the best free antivirus program, and how does it fare compared to the paid programs.

The evaluation criteria: generally speaking, the three things I cared about were (1) The detection rate: i.e. how likely it is to catch viruses, (2) Performance: i.e. how much of the system resources did it drain; and (3) The rate of false positives: i.e. how likely it is to ‘catch’ things that it shouldn’t. All of this info was available in the av-comparatives data, although the tests didn’t necessarily correspond one-to-one with my criteria and other variables were also involved.

The tests that we looked at: we as a rule, and because we were writing this in January 2016, we only wanted to look at tests conducted within the last 6 months of 2015 (there were no tests conducted in 2106).

Also, because this is an investigation into the best free antivirus, we excluded any test that did not include all three free antivirus programs (Avira, AVG, and Avast).

Therefore, we looked at the following tests. Only the ones below fit our criteria

Below, we will look at each one of these tests in turn. Note that we are using a color coding system in the tables as follows:  Green=Hight/Best ,  Orange=Middle , and   Red=Low .

In this test, each antivirus program had it’s own dedicated machine which was connected to the internet and was interacting with hundreds of URLs each day.  It was automated (rather than carried out by human subjects). All the antivirus programs were being updated on the morning of every day. The methodology of this test is quite interesting, actually, so make sure to read the original description of it in the downloadable PDF, which you can find via the av-comparatives website on this page.

In a nutshell, this is testing ‘in the field’, like a poll designed to measure the degree of protection these antivirus programs would offer in the real world over a long period (5 months) — as opposed to an artificial test where the programs are subjected to ‘canned’ threats. The results are in the table below:

Interpretation: what we can conclude from the “Real World Protection Test AUG – NOV 2015”:

A test designed to measure the extent to which the antivirus program uses up system resources and/or contributes to slowing down your system, especially during tasks that antivirus software typically monitors. Each program was running on its own dedicated PC and a benchmarking app PC Mark 8 Professional used to measure system performance. The tasks involved in the test were: file copying, archiving and archiving, installing and uninstalling applications, launching applications, and downloading files.

Interpretation: what we can conclude from the “Performance Test Oct 2015” test:

This is a more typical test that the ‘real world’ test above, in that products were essentially subjected to a collection of malware (166522 malware samples), and the detection rate measured. Note that the real world test is probably more relevant to real world users who get exposed to malware from the internet; however, this one is a good test for detection of malware that might come from sources other than the internet or for the best antivirus options to use on an already infected system.

Interpretation: what we can conclude from the “File Detection and False Positives Test – (September 2015)” test:

Interpretation: to summarize the overall picture 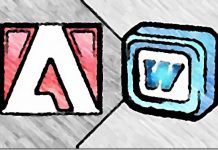 How to convert PDF to Word DOC for free: a comparison