We’ve always been interested in the intersection between games and art, and have written up a number of games by Jason Nelson exploring the relationship between browser games, poetry, and creative expression. “The Bafflement Fires” is a new game developed by Mr. Nelson that, once again, succeeds in using the browser based game as a means for open ended exploration.

“The Bafflement Fires” is a videogame re-creation of a board game from the 40’s or 50’s, that seems to have been originally conceived as a means to change people’s perceptions of their world. It was originally designed by a Dr. Felton, a psychologist who apparently was a high ranking freemason, but about whom not much more is known. The original board game and documents related to it were found inside a leather briefcase purchased at an Ohio antique store. It seems to have experimented with utilizing quiz and play, as well as (quote) “the manipulative power of question and response, alluding to Freemasonry rituals/beliefs” – in order to change people’s experience of their world.

“Evidently”, the videogame creator states, “previous versions [of the game] were used in Freemason ceremonies”. He also adds that while initially he was“hesitant to create such a possibly dangerous Freemason inspired game, or indeed to even play it, …. the results were surprising. After playing, my friends and I began to change, to view the events and people around us differently, each in very disparate ways.”

Game design: essentially, your avatar races up a mountain of tiles, in the quest to be the first to the top.  A random toss of a die determines the tile you land on. Some tiles push you up or down automatically, but most of them result in the player being asked a timed multiple choice question. The questions are quite strange, as are the answers, but how the computer likes your determines whether you will be pushed back or forward. (See the screenshots above for examples).

Presumably, the questions are not as arbitrary as they seem, and there is something in the answers that the game engine is looking for and it is not random. The language used in the answers frequently seems a little odd, like someone was careless with the grammar and sentence structure, although it is probably deliberately so. The fact that you are rewarded or punished for your choices seems unfair, given the absurdity of most of the scenarios, but it simultaneously compels you to invest mental energy trying to figure out the underlying dynamics or system, if in fact there is such a thing. Of course this is if you cared enough to invest the mental energy, and to read the lengthy questions and answers. Which you probably won’t, unless, like me, you find the concept of a manipulative game that tries to influence your beliefs interesting.

In Conclusion: this is more of an experiment than a game and not really playable in the normal sense of the word, but is more a digital toy for the intellectually curious, or game designers,  or hypnotists, or neuro-linguistic programming aficionados, or the like.

The question I have is: how to measure whether the game achieves what its original creator aspired for, whether it can really change minds or perceptions of the world. After playing, I can’t really judge that at all. If you have thoughts on this, please share them in the comments section below. 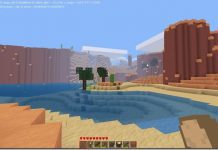 Minetest is an EXCELLENT, totally free clone of Minecraft