We’ve all wanted to be able to mix our music like the pro’s do at one point or another, but who has time or money to go out and get one of those big mixing boards and then find a place for it in the house, etc. ?

Not many, but Virtual DJ is there to come to the rescue and let you mix your music and videos almost exactly as the professionals do, in your own home with your own collection of media, and all totally for free!

Ever since computers became powerful enough (on average) to simulate things that happen in real life, there’s been no shortage of ‘virtual’ programs that simulate various equipment that you’d normally have to purchase a physical item to use. A DJ stand is one of the best examples and while many of the virtual type programs in the past have been rather short on options and even (in some cases) decent graphic visualizations, Virtual DJ is the newest exception to the rule. This program sets up a graphic interface that is meant to duplicate the different switches, turntables and other knob and control functions on a DJ stand but since it’s all in the computer (probably a laptop) it takes up no real space in your living quarters. The main screen shows two turntables that can be mixed, crossfaded, sync’d to play at the same beats per minute, and a huge host of other options. There’s a browser down near the bottom that lets you easily search and designate your media files without leaving the program, and there are also a couple other screens/tabs that allow you to go even further into your DJ experience. In addition to the main screen, you’ll also have tabs to pull up sliders and knobs for sample effects (short sound files) and sound effects like reverb and echo.

As if all that wasn’t good enough, to bring your DJing into the 21st century, you’ll have the option to bring in video clips (or even full length film files) to mix and crossfade, or add special effects. Additionally, one of the neatest features built into this program is the option to (try) auto-sync your beats per minute of your active song playing to the video speed being played. This is the kind of snazzy extra that will set Virtual DJ apart from the other, less feature-packed programs like it. As a great side dish, there’s also a built in recording feature to let you make your own samples on the fly. The only real downsides I found to Virtual DJ were that A) they try to get you to install a toolbar and set your homepage to ask.com (which isn’t all that unusual in free software these days) which can be avoided by just paying attention to the install process and unchecking the box and B) the usage license states you aren’t allowed to use it for commercial pursuits. That means that, legally, you can’t use Virtual DJ to go be a remunerated DJ at weddings and parties unless purchase a pro license. However, you are allowed to use it unlimitedly at home or any venue in which you don’t get paid or that would be considered ‘commercial’ usage. Other than those tiny irritants, Virtual DJ is an absolute star of free software for audio and video mixing and playback. I’d recommend it to anyone who has a music or video library bigger than a couple hundred megabytes. Until next time, my friends. 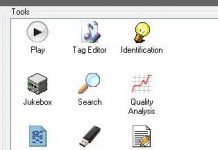 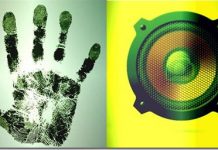 Five AWESOME free audio players that you never heard of