Streaming internet video straight into a desktop player is not new, but if you ever thought about streaming torrents in real time then we’ve got great news: Rox is a free media player that can make this as easy as clicking a link.

In addition to streaming torrent, Rox can stream many other online videos straight into your desktop, including  IPTV, DHT, P2P,protocols, as well as any video that you can find a link for. It can also play any local video you have, supports every conceivable format, and has self-contained codecs so you do not have to install any filters or decoders on your system.

First off, a disclaimer: this review will largely revolve around the prospect of streaming torrents, because I use them, because I think they are more popular (and more interesting) than some of the other supported protocols, and because I am not too familiar with the others. There were several questions that I wanted to look into:

(1) How well does it work?: will streaming be comfortable to watch, or will it be so stop-and-go as to be unwatchable

The answer: it depends on (a) the torrent that you choose to watch, and (b) your internet connection.  Either way you will likely need to wait for a few minutes once you add the torrent while the player downloads enough of your initial video to make it watchable. Unlike a torrent downloader, Rox will download bits of your video in sequence in order to make streaming it possible, rather than the random-seeming bits and pieces that you see in a torrent client.

By chance the first thing I tested was a documentary that, well, was never going to be a very popular torrent, and it turned out to be unwatchable. Next, I experimented with a fairly popular TV series and a new animated feature, and for those I can report that once the initial 5 minutes or so of downloading was done, they were both quite watchable on a not-very-fast connection. Glitches and interruptions were still present, but tolerable.

(2) How easy to load torrents?

The answer: supereasy. Copy a magnet torrent and paste it into the box, or drag and drop a downloaded torrent file into the program interface. (3) Will it stream torrents that consist of RAR’d archives? (which are very common in the torrent world).

The answer: apparently not. My attempted at streaming a video which I knew to be RAR’s only succeeded in playing the sample video, which wasn’t.

(4) Will it stream the main feature or be confused with the ‘Sample’ videos: as these sample videos are often packed into torrent archives.

If the player finds multiple videos in the torrent you are trying to stream, it will list them for you and ask you to choose. Problem solved.

A great program overall that not only streams torrents and other internet video, but can function as your main media/video player if you like, and does a great job at that. Torrents and torrent technology has succeeded and is definitely here to stay, and Rox Player is in my view the right program at the right time.

But there are a number of things that can make this program even better:

Another cool feature worth mentioning: Rox architecture allows for creating plugins for the program. And although there were no plugins at the time of this writing, developers are encouraged to create their own, which means that ideas such as the ones above and others may be easy to add to the program in the future, 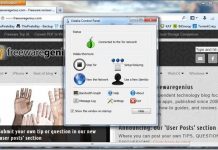