FreeRecover is a portable and powerful program that will help you to recover deleted or otherwise lost files on NTFS formatted drives. It’s loaded with search and rescue features and costs absolutely nothing.

We’ve all had at least one (most of us far more than one) moment where we deleted a file that we needed and couldn’t get it back. The recycle bin feature of Windows and other operating systems that allows you a final chance to un-delete those files is useful, in some cases, but not in all of them. Personally, I have a habit of emptying my recycle bin any time I happen to scan my view across the icon and notice it’s got something in it. If only I could keep my apartment as clean, I’d have more dates. The point, however, is that when I delete a file, it doesn’t hang around for long in the recycle bin so my final chance to un-delete it is pretty quick. Besides which, many files (like movies, for instance) are often too big for the recycle bin to handle and are deleted directly so you don’t even get that final chance. Whether you’ve deleted a file accidently or just didn’t know you would need it again in the future, we’ve all wished to be able to get a file back from the void after deleting it. Television and movies especially, but other mediums as well, would have us believe that recovering files that have been purposely deleted is some magical skill that only the best hardcore CSI hackers are trained to do. While this does tend to lend a bit higher level of usefulness to us computer geeks, it also happens to not be true. FreeRecover can help you to recover files that were, in one way or another, deleted without getting them back from the recycle bin before it was too late. While it only works on NTFS formatted drives (the standard for newer drives) can’t promise to be able to work miracles (you’re not getting your Report.txt from last summer decade, most likely) it does have the capability to restore files that have been deleted or even some files that have been damaged, on a specific hard drive. The sooner you go looking to restore it, the better your chances of success so this is the sort of program you want to have on hand, ready to go, before you need it. Thankfully it’s not only free but relatively low on requirements for both system power and storage space, requiring what I consider to be a modest 240KB for the file, which doesn’t have to be installed on the system and can be carried in a USB “emergency repairs type toolbox” or whatever you desire.

You’ll need to run the program as an admin, of course, to make sure it has read and write access to all folders and drives, select the drive that hopefully has the remains of the file you need, scan it, and then just type in the search criteria for the file you’re trying to restore. You’ve got options to have the actual file paths returned as well, and it will also scan the remains to determine an estimate of the integrity (i.e. how badly it is damaged, what the chances are of restoring it) of the file as well. Once a file is found, just click on it and then hit the Recover Files button on the right of the list. It’s that simple. The recovered file (if successful) will show up in the file path specified by you through the pop-up window. Aside from a lack of tutorial or documentation I found FreeRecover to be great with little or no downsides per se. You won’t have a ton of window dressing or frills, and while it doesn’t require you to be a super hacker or some CSI pro to use and successfully get your files back, it will require you to be a bit more familiar with computers than just how to browse for the latest TV listings. The lack of frills is actually a plus, in my book as it is designed for a specific purpose, and accomplishes it quite well in my tests. I would recommend it for anyone who needs to recover a deleted file and I would also recommend it for anyone who wants to be prepared to do so. Since it is totally portable you can keep it on a thumb drive with your other emergency computer tools and amaze your friends and family by doing what only hackers are able to do on TV. You may need to invest in a new pair of shades for that proper Caruso/Caine moment when someone asks if you can get that file back, but you can spend the money you saved on software by reading Freewaregenius.com on the sunglasses. Until next time, my friends.

Get Free Recover for Windows here. 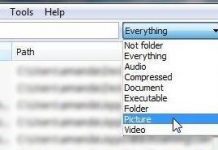 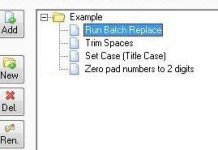