Freewaregenius.com
Home Windows Graphics Record everything that you or others have been doing on your PC,...

What if I told you that everything that you’ve been doing on your computer was being recorded through snapshots of your screen taken at regular intervals. Actually, answer this question instead: what if the person doing the recording was you, with the intention of obtaining a retrospective look later on, in the form of a timeline video made up of all the different screenshots strung up together (the screenshot above shows one such video in action).

Note that Timesnapper is a simple archiving tool, and although you can use it to monitor what others are doing on your PC it is not hidden in any way to make it into a clandestine spying app.

I installed this app out of sheer curiosity, just to wrap my brain around the concept. On the first day I realized that it is taking so many full-resolution screenshots that my hard drive was quickly running out of space, so I went into the settings and changed the frequency of snapshots (e.g. I set it to capture every 2 minutes (120 s) at 70% resolution), and that seemed to fix the problem. Timesnapper’s been on my system snapping away for almost two weeks, and today I went in to take a look. The results were interesting; however, I am not sure that curiosity alone would justify my keeping this program installed on my machine. Here are some possible uses for Timesnapper:

Any others you could think of? Let me know in the comments section.

The verdict: a nice enough program at what it does, if one of its suggested uses listed above servers a purpose for you. At around 15 megs in memory, it is quite efficient and does not take too many resources.

Make sure to go into the settings and tweak them in a way that doesn’t fill up your hard drive, though (it also allows for auto-deletion of images that are a certain days old, if you like).

[Thanks to reader Panzer for telling us about this program]

Go to the program page to download. Scroll all the way down for the free version. Note that you will be asked to register with a valid email. (Download size approx. 259K). 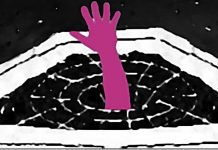 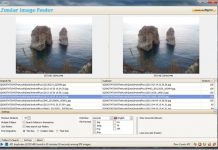