Dear Microsoft. I like you. Despite having not liked you throughout my twenties, I am now older and more mature. I realize that ‘cool’ companies like Apple are just as bad as you ever were in the height of your stranglehold on the computing world, but they annoy me more because they pretend to be so fashionable and trendy. I like you more than Google, the giant corporation who doesn’t give a crap about the little guy, and who in the name of combating ‘web spam’ subjects the internet to algorithm changes that are much like chemotherapy, destroying honest sites like mine in the process (a site that took me seven years of my life to build).

But the reason I like you the most is that I own a house in Seattle, and many people I know there work for you, and because you are part of the local economy, and I like that local economy. I know that you give smart geeky guys the chance to work on projects that interest them (because I know some of these people), and you even let them easily move from one team to another almost at will rather than let go of them.

I also know that there’s a lot of brilliant, quiet innovation over there on the east side that somehow doesn’t seem to be altering your fortunes. Perhaps it’s the curse of having too much cash at hand? If so, you may not have this problem for very much longer. So let’s get down to business.

Here’s the problem: if you’re not careful, the laptops of the future will run Android, and that future seems very close. I am sure you are feeling good about the modest success you have had with Windows Phone 8 this year, and it’s faster growth rate than Android. But you’re at 5.6% market share (as of April 2013) and are (optimistically) projected to own a mere 12% of smartphone market share by 2017.

This is not a happy picture, and to make matters worse, the PC world is shrinking. Not only are both desktop and laptop sales declining, and with it the relevance and importance of the Windows operating system, but the cool, desirable touchscreen laptops that manufacturers will make may run Android (see HP’s latest experiment , and Intel’s latest Surface-like tablet/laptop demo, running Android).

You need to get into all-out PARANOID mode NOW

Something needs to be done fast. Here are two pieces of advice.

The Surface Pro is a great device, but grossly overpriced. Nokia Lumia is a great phone, but not as good as the hot, sleek Android offerings. One thing that both of these share (Surface and Lumia), is that I am going to buy neither.

But right now you need a flagship phone AND a flagship tablet. The Lumia 925 and 928 are steps on the right direction, but somehow fail to trump the new Android devices. My wife could buy a Lumia and be happy with it, but she won’t switch that easily. I would switch, but I want a large, high res screen, a lot of RAM, and clock speed to brag about. I also want very high form factor. Once I get a Windows phone, you have a pretty good chance of selling another one to my wife. That’s how she switched from iPhone to Android in the first place. After that you have a better chance with my mother and my mother in law, both of whom own iPads.

At home, we have an iPad, three early iPhones (which we no longer use), a Galaxy S3 for my wife and a Galaxy Note for me. We also have three high-spec Windows 7 laptops which may be our last. I am in the market for a new phone, but am waiting for the Galaxy Note 3, which I would buy today if it were out. If I didn’t want a phablet, I would buy the Galaxy S4 or the HTC One. Like most geeks, I always want high specs. Lumia isn’t even on my radar screen. You should get it on my radar screen, and the way to do so is through the combination of sleek design and High specs (high with a capital H).

Oh, and if you cannot get Nokia or others to produce the goods, you need to do it yourself. Tablets like the Acer Iconia are good, if overpriced, but somehow not the flagship you need. And you do need a flagship.

2. You need to price strategically, to gain market share

It’s the kind of advice that can get a marketing person fired, it’s a crap position to be in, and it’s playing with fire that can burn you and your licensees – but you have to compete on price right now and there’s no way around it. You have to do with Surface and other Windows 8 devices what you did with Xbox (and Sony did with PS3), and price it to move, at least for the time being. You’re competing with a $200 Google Nexus running Android that can do Skype, email, surf the internet, offers a great selection of games, and is a great ebook reader and all-around-device. And you need to do this quickly, because even Apple is rumored to be considering a cheaper iPad to compete in this space.

How do you get me to buy a Surface or Windows 8 phone when I have 7 devices at home in a bad economy where we don’t have money to go out half the time? You give me a deal (a good price + high specs + good design), so that I come home and announce my latest purchase to my wife, and then ask for her forgiveness rather than her permission.

Here’s a secret: I really wanted to buy a Surface, because I like to keep current with technology, because there was some excitement about it back then, and because I wanted to see how Windows is evolving. But then I was hit by the $1000/$900 price (for the models I would have bought), and $500 for the Windows RT version I didn’t want (which I also thought very expensive). More bad news: the prices are fully DOUBLE what they should have been, in my opinion. Not only did you lose a customer, but you lost many a potential posting I would have written about Windows 8 and Windows 8 apps had I bought one. You also lost time. Feel free to give me one for free, if you want to correct this 😉

I can imagine that Microsoft worries about pricing that would piss off it’s licensees such as Dell, HP, etc.; which is fair enough. But you should take drastic action to save yourself if you’re going to be able to help licensees (who anyway will all be selling Android laptops and devices tomorrow).

Thanks. I really wish Microsoft can survive, because of my Seattle bias, but also because in the troika that is Google/Apple/Microsoft, the latter seems frankly the least malevolent. 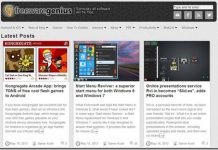 Vote: how do you like the (newest) site redesign?